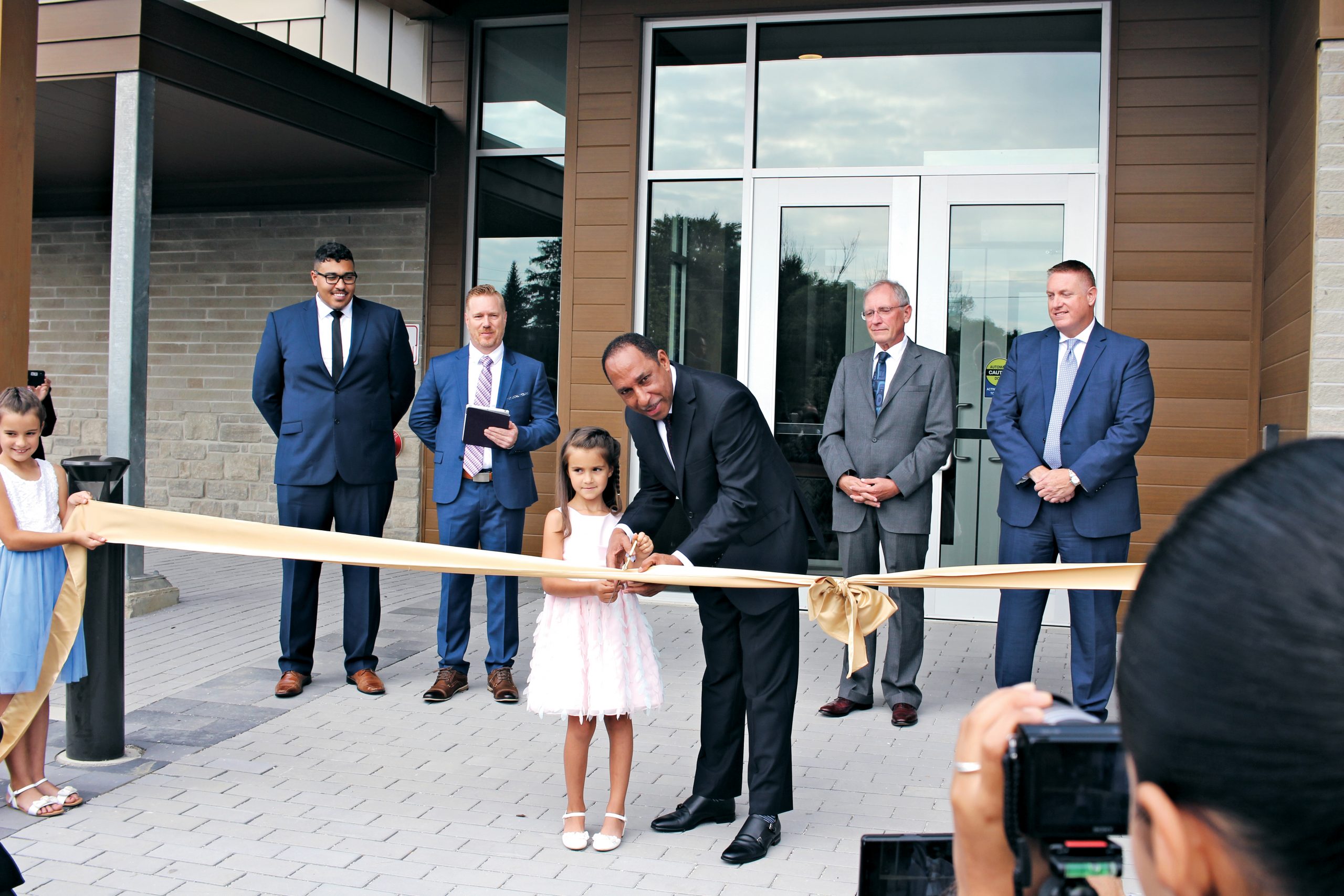 By Messenger Editor | Published: January 7, 2020
On the Sabbath of Sept. 7, 2019, Really Living Centre kick-started its grand opening with hundreds of members and visitors from across North America. The 25,000 square-foot facility is Ontario Conference’s first centre of influence, serving as both a worship space for Really Living Seventh-day Adventist Church and a community centre, open several days a week. The […]

It was a sunny day. The air was fresh, the wind cool. The excitement of children filled the campground. I walked hastily to the barn, hoping I would not be late for my fourth-period class. After I got to the barn, I sat quietly on the benches waiting for the class to begin. I tried […]

Record-Breaking Number of Canadians Attend 2019 International Pathfinder Camporee in Oshkosh for a Week of Fun, Friendships, and Spiritual Renewal

Every five years, since 1999, the International Pathfinder Camporee has transformed the Experimental Aircraft Association’s AirVenture Campgrounds in Oshkosh, Wis., from a barren land into a vibrant international village. This year a record 55,000 people travelled to Oshkosh for “Chosen”—the 2019 International Camporee—from as far as New Zealand, Ukraine, Bermuda, and of course, Canada, with […]

Release Date: December 11, 2019 Oshawa: On Dec. 10, 2019, the Seventh-day Adventist Church in Canada (SDACC) Board of Directors elected Paul Llewellyn as the next executive secretary/vice-president for administration. Llewellyn will begin his duties as of Jan. 1, 2020. “Paul Llewellyn comes to our leadership team from a strong background of both teaching in Adventist education and working with […]

Frantically, Mike Carter, a Kelowna chef, called all his former employees in the Bahamas after he heard about the devastating hurricane. However, only one person was able to answer the phone; it would be a lifesaving call for Dexter Ferguson and his family.             Ferguson told Carter that he had lost everything in the hurricane, […]

Adventist Woman Recognized for Fostering Diversity and Inclusion in Alberta

It is an honour to congratulate Tabitha Phiri for winning a Diversity Award for her passion to foster diversity and inclusion in Alberta. She is an outstanding citizen who has committed the last decade of her life to making Alberta a welcoming province for all.             Over the last six years, Phiri has coordinated three […]

Did you know that the Ontario Conference traces its origins 120 years back to a campmeeting held June 15, 1899, in London, Ont.? And at this year’s campmeeting, held at the International Centre in Mississauga on June 8, 2019, over 10,000 in-person and online attendees celebrated our conference’s rich history and continued mission.              Before […]