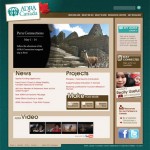 Did you know that approximately 925 million people will go to bed hungry tonight? And that every day almost 16,000 children die from hunger-related causes? That’s one child every five seconds!

Instead of merely talking about poverty, the Adventist Development and Relief Agency (ADRA) is hard at work combatting its deadly effects on our society. The worldwide agency of the Seventh-day Adventist Church for humanitarian outreach, relief and development has been around since shortly after World War II, initially having operated under the name SAWS—Seventh-day Adventist Welfare Service and, later, Seventh-day Adventist World Service. James Astleford, Donor Relations director for ADRA Canada, tells me that in the early 1980s the Adventist church realized they needed to do more then just hand out “fish to the hungry”; they needed to be teaching people how to “fish so that they could feed themselves for a lifetime.” This concept led not only to a name change in 1984 but also to a philosophy change focussed on helping people beyond the immediate needs.

The ADRA mission is to “work with people in poverty and distress to create just and positive change through empowering partnerships and responsible action.” In its day-to-day operations, ADRA Canada uses many types of technology to connect and share with people the needs of a world in poverty.

For the past 22 years, ADRA Canada has been sending out video presentations to every church in the Canadian union. Originally, these were sent out on VHS tapes, and currently are sent out on DVD, two to three times a year. These video presentations are an excellent tool for educating each congregation to the life-changing stories of ADRA’s development and relief efforts. Besides being available on DVD, the video presentations are also made available online through YouTube and the ADRA Canada website at http://www.adra.ca. Astleford tells me that ADRA Canada is working on integrating a dedicated video platform with their current website that will allow for HD content and an overall enhanced video viewing experience.

Also, in utilizing the technology of video, It is Written Canada recently aired three programs with interviews of Pastor Ronald Kuhn, executive director for ADRA Canada and Pastor James Astleford. And, to aid awareness of the work of ADRA Canada, a short video clip was regularly aired on CTV during the Japan disaster.

Alicia Sawyer, Donor Relations assistant for ADRA Canada, said that ADRA Canada is currently connecting with people through the online technology of social media including Facebook (ADRA Canada) and Twitter (@adracanada). “Social media are great ways to get immediate information and inspirational stories out to people,” says Alicia, who is hoping for many new connections to build a greater awareness of ADRA Canada.

ADRA Canada’s eNews (email newsletter) generates many responses from the approximately 6,000 subscribers. James Astleford says, “people are quick to respond to requests for immediate financial aid from the eNews stories relating to current disasters such as the Japan earthquake.” A growing number of ADRA Canada’s supporters are now donating online rather than through their local church. (Provided donors identify their membership, such contributions still count toward the local church goal.)

As ADRA Canada continues to stay on the cutting edge of technology, it is currently exploring some exciting technological initiatives for the future. I am told that text donations may soon be an option and the idea of mobile apps is being explored for iPhone and Android devices.

For those who want to learn first-hand how ADRA Canada is transforming lives, ADRA Canada has launched a new initiative called ADRA Connections that Astleford describes as “putting Canadians in direct touch with the activities of ADRA Canada.” Elizabeth Horniachek, ADRA Connections coordinator, tells me that people are positive about the program and are very excited about getting “hands-on” with ADRA Canada.

I look forward to the day Jesus talked about in Revelation 7, “They will hunger no longer, nor thirst anymore . . . and God will wipe every tear from their eyes” (NASB). Please continue to do your part in the battle against poverty so that Jesus can say, “Whatever you did for one of the least of these brothers and sisters of mine, you did for me” (Matthew  25:40, NIV). Help ADRA Canada save lives.

—Troy McQueen is the communication specialist for the British Columbia conference and the pastor of the Kelowna church.