The Office of Education for the Seventh-day Adventist Church in Canada takes great pleasure in announcing the winners of this year’s Excellence in Teaching and Administration awards. These are truly outstanding educators: 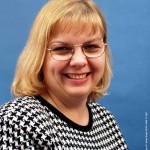 Corinne Mazier graduated in 1981 from Walla Walla College (now Walla Walla University) with a B.Sc. in Elementary Education. She is the mother of two children, JayDee and Aleisha, and lives in Saskatoon, Saskatchewan. Her hobbies include baking, cooking, sewing, playing piano, cross stitching, knitting, reading, photography and walking.

Corinne began her teaching career at Hazelton S.D.A. School in British Columbia (1981–1999) serving as teacher and teaching principal. In September 1999, she accepted a position at the Seventh-day Adventist Christian School in Saskatoon, where she currently serves as the teaching principal. She is also the chairperson for Mount Royal Collegiate Community School council, a position she has held since 2007.

Corinne decided to become a teacher because of the encouragement she got from Clifford Sorenson, president of Walla Walla College at the time. She has had many memorable experiences as a result of that decision. She fondly recalls how she felt a year ago when a former student told her that she was returning to school to become a teacher because of the great impression Corinne had made on her as a teacher.

Corinne chooses to teach in an Adventist school because of the opportunities it affords her to share her love of Jesus with her students. “Watching them grow spiritually and academically is rewarding . . . but the most rewarding is watching students whom I have taught take their stand for Jesus and be baptized,” she said. 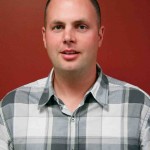 Michael Berdan graduated with a B.Ed. from Canadian University College in 2002. He is married to Karla Berdan and has a son named Ethan. Michael enjoys reading, playing hockey, baseball and travelling.

Michael began his teaching career at Chinook Winds Adventist Academy and then moved to Parkview Adventist Academy. During his 10 years of teaching, Michael has had many memorable teaching experiences, but he says that there is nothing like going to a tournament with his sports teams and getting to know his students outside of the classroom. “It is hard to beat loading up a van and driving to British Columbia with a dozen students and arriving back after a long weekend with the championship trophy,” he said. Michael is innovative and always looks for opportunities to integrate faith with learning.

Michael’s mission in life is to help lead his students to Christ. Teaching in an Adventist school gives him the opportunity to talk to his students about God and to pray with them. “When I started my teaching career, it was not my intention to work in the Adventist system. Through God’s leading, I found my way to an Adventist school and now I could not even think of being anywhere else,” he said. 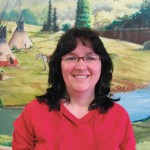 Gail Wilton graduated from Canadian University College in 2004 with a B.Ed. She is married to Larry Wilton, and they have three sons: Andrew, Matthew and Trevor. Her hobbies are camping, scrapbooking and travelling.

Gail began her teaching career as a grade 6/7 teacher at Mamawi Atosketan Native School. From there she went to College Heights Christian School before returning to Mamawi, where she is currently the teaching principal.

One of her memorable teaching experiences was a three-day camping trip she took with her students to Foothills Camp (Alberta) and sleeping in the cabins at Sherwood Forest. “Spending an extended period of time in nature was an awesome bonding experience that provided many opportunities to grow and share spiritually,” she said.

Gail chose to become a teacher in the Adventist school system because of the encouragement she got from teachers while working as a teaching assistant. In that role, she was given many opportunities to interact with students and become involved in classroom work. She knew that teaching was her calling because of the excitement it brought to her life. Once she made the decision to become a teacher, she said “there was no turning back!”

Guiding students to have a closer relationship with Christ and exposing them to opportunities to serve others are the reasons she gave for deciding to teach in an Adventist school. “I grew up in the Adventist school system, and therefore, it was a priority for my children to do the same. I just can’t imagine teaching in today’s society without being able to offer hope through the promises of Christ,” she said. 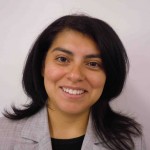 Juana Galdamez graduated with a B.Ed. from the University of Alberta in 1999. She enjoys gardening, travelling and spending time with family. Juana has taught at Chinook Winds Adventist Academy for the past 10 years. Her subject areas are Mathematics, Religious Studies, Spanish and Art.

Juana reported an incident she had with a student in her first year of teaching that taught her to never judge a student, but to give him or her the benefit of the doubt. The incident she reports in her own words is as follows:

“There was a student who was struggling with math. He was hard to motivate and was usually unprepared for class. He loved wasting time by going to his locker to get ‘forgotten materials.’ One day when he came for math help at lunch time, I was shocked. He told me that he did not have his books and pencil so he had to go back to his locker. I asked him if he ate his lunch and he said no.

I could not help but think: This is going to take forever! By the time he comes back, lunch time will be long over and if I wait for him I won’t have time for my lunch! So I started to say, ‘I think we will have to leave it for tomorrow,’ when suddenly I saw him pulling out his sandwich from his pant pocket, and I heard him say, ‘Maybe we can use your book, I just need help with one question.’ I smiled and we worked through the math problem. From that point on, I learned to give my students the benefit of the doubt; they are not always trying to waste time.”

Juana chose teaching as a career because she enjoys working with children. “I teach in an Adventist school because I have the opportunity to talk about Jesus to my students,” she said.

We have just read about four remarkable educators in the Adventist school system. They have demonstrated excellence, not only in the performance of their duties but also in developing bonding relationships with their students and leading them to Christ. More important than book knowledge and the socializing that goes on in an excellent school is the character development that takes place in each child due to the influence of dedicated, God-fearing and caring teachers. We salute our award winners for their accomplishments.

Dennis Marshall is the director of Education for the Seventh-day Adventist Church in Canada.