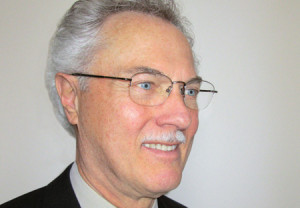 Messenger catches up with former leaders of the Seventh-day Adventist Church in Canada. This month, we talk with Doug Devnich.

You grew up in Saskatchewan. What was that like?

I am the eighth in a family of nine children. We lived on a farm where I learned what it means to work. At age 13 I was shoveling grain, milking cows, cleaning the barn and occasionally driving the tractor in the fields. My childhood was wonderful, with parents and siblings who shared their love with me. We did not have a lot of resources, but my parents were faithful to God and we grew up being closely connected with the Viceroy Adventist Church. Our home was a welcoming place to which many friends came. One attraction was that my mother was a great cook and plenty of food was at the ready.

What did you study at Canadian University College and later at Andrews University?

My parents wanted to ensure that the last three of us at home would be able to attend CUC, so we moved temporarily to Rosedale Valley near the academy and the college. I took grades 11 and 12 there, and then I studied at the college and completed a bachelor’s degree in theology in 1963. In 1964 I graduated with an M.A. from Andrews University. Later I went back to Andrews to earn an Ed.D.

When did you discover your calling?

I first sensed the desire to be a minister when I was yet a child at home. My dad repeatedly planted the idea in my head. I made my decision to commit to it at a Saskatoon campmeeting while hearing a sermon by W. B. Ochs, a former president of the SDACC. The inspiration of that time never left me.

Tell us how and where you began your work for the church.

After the first two years of college studies, for some reason I questioned my earlier choice to be a minister. So, having taken a minor in education, I received the required certification and went to teach in Penticton to test if I would like teaching better than preaching. By the time the year ended, I became strongly fixed on my calling to be a minister and returned the next year to CUC. Pastoral ministry for Rene and me began in Saskatoon. As an associate with Ron Watts, I had an excellent orientation to ministry. My first district on my own was Prince Albert, Waldheim and Rosthern. If I could use a colloquial expression, “I was in seventh heaven.”

What are some of the memories you have about pastoral ministry in Canada?

A special memory is when we were pastoring in Regina. It was decided that the church school, which had been closed for several years, needed to be reopened. We set up the school in a Sabbath school room. We had the teacher in place and six students interested in coming. On the morning when school was to begin, at about 7:30 a.m., a parent called and said he/she would be cancelling his/her plans and the children would go back to the public school. In a few minutes after that call, another parent called indicating the same withdrawal of plans. Essentially, since regulations required us to have at least six students to operate a school, with the impending cancellations, the whole effort to begin a school was in jeopardy. So, on my own initiative, I called the parents back and said, “I will be coming by your homes to pick up your children and take them to the new church school.” It worked. For several days I provided the transportation until we quickly purchased a school bus and secured a driver. That was the beginning of today’s Curtis-Horne Christian School in Regina.

What was your reaction, when you were first called to serve as president?

When I was chosen to lead the Seventh-day Adventist Church in Canada, I took it on with readiness and gusto. I envisioned great changes in the church that were needed in order to respond meaningfully to a developing new mindset among the younger members. I came to believe that they wanted an economically efficient church organization. And I was convinced that the goal of the church must become less law-oriented and more gospel-centered in belief and practice.

Where are you now?

Rene and I live in Oshawa, close to our son, Paul and family. I greatly enjoy life. My relationship with Jesus is stronger than ever. For hobbies and exercise, I walk almost daily up to seven kilometers, and I ride the bicycle and motorcycle. Sometimes I preach in local churches. The Adventist Church has been the matrix of a full life for me and I am so grateful for the church and all the gifts that God has given me.