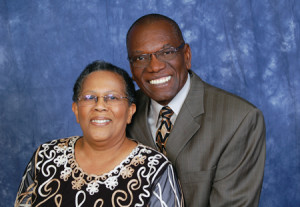 Messenger catches up with former leaders of the Seventh-day Adventist Church in Canada. In this issue we talk with Fitzroy Maitland.

What was your childhood like growing up in the Caribbean?
I was born in Grenada, the island of spice with everything nice. I was born into a large family. I am the third of nine children and the first boy in my family. I had four brothers and four sisters. But since then, I have lost one in death. So now I have four sisters and three brothers.

Tell us about the ministry in Trinidad that you started.                                       Thankfully, when I started in 1966, Dr. Earl Cleveland came to Trinidad and held an evangelistic series for 11 weeks. Those of us who graduated that year were asked to be a part of the evangelistic team with Dr. Cleveland. It was a good start for me in ministry. I learned so much in the three-month program that he ran. When he left Trinidad, he had baptized almost a thousand people. We were all delighted to be a part of it, but upon leaving, we felt that evangelism would never be the same again, and we would never be the same.  From there I launched an evangelistic career, which I believed the Lord was calling me to. I stayed in Trinidad for a year longer and did more evangelism with a couple of pastors. Then I was posted by the South Caribbean Conference to work in St. Vincent. I worked there for three years and got married to my wife, Janice, who was working in Trinidad at the time. She joined me in St. Vincent, where we had our first child: my son Ronald. After four years of ministry, at the age of 27, I was an ordained pastor. I began working in Trinidad in the pastoral district in Arima.

Tell us about the churches you helped plant in Canada.

What is the most noteworthy moment that you can recall over the years?                      One that I recall, that has been etched in my memory, is the death of my son. Soon after we came to Canada, we lost our youngest child. He had a brain aneurism that suddenly erupted, and in three days, he died. It happened when he was eight years old. The loss of a son at the age of eight was something that traumatized us.  I remember preaching at the funeral. I told the church members that I’m not preaching because I have to preach, but because I want to preach. I did it because I believed that I ought to be a role model in ministry. God gave me the strength to do that. And so I preached, and we buried him. Years later people were still asking about the sermon that I preached at my son’s funeral. In fact, when my treasurer lost his 19-year-old child some years later, he said, “Can you preach that same sermon that you preached at your son’s funeral for us?” Because we can still recall the comfort that it brought us. So it comforted me and it comforted them, and we all were comforted. So that was a significant milestone that happened in our lives.