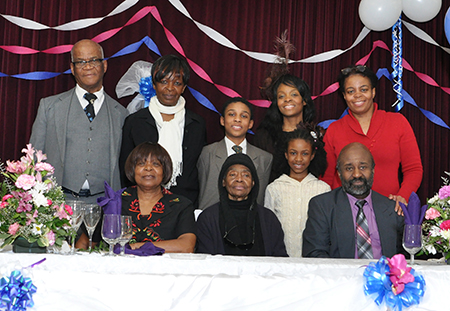 “Do the best you can as long as you can, for we pass this way but once.”

Mary Lee frames this universal idea into a personal motto, which ignites her straightforward approach. Lee lives a life of principle and passion. Albeit her frail body would deceive onlookers of her steely resolve, much of Sister Mary Lee can be understood from the prism of her two favourite biblical heroes: David and Elijah.

King David was a flawed hero characterized by an uneven spiritual walk, and yet he could still be considered among those nearest to the heart of God. One of the products of his connection with God is a collection of Psalms that portrays the ebb and flow of the Christian life. The latter, Elijah, was a prophet who stood up against an apostate society, a bold, purposeful man of God who was prepared to make enemies for righteousness and uplift Israel from Baal worship and return to accordance with God’s statutes. Similarly, Lee is not perfect but embodies the bold call to fulfill God’s will with a seemingly paradoxical compassionate touch in her life and ministry.

Lee, a nurse by trade, always felt a passion for teaching. She migrated from her homeland of Montserrat to New York City in the late 1950s, where she worked and also attended the Lincoln school of Nursing. It was during her time in New York that an animated discussion between young people over biblical issues caught her attention as she observed from a distance. However, as the controversy wore on, she decided to join the discussion and help put things into perspective for the young people, satisfying all parties and inspiring one youth to suggest that she ought to become a Sabbath school teacher.

Unfortunately, Mary Lee was not able to fulfill the call of teaching Sabbath school at the time, because she had received an offer to work in the state of Massachusetts as a nurse for a few years. After that she was hired by the Montreal General Hospital, where she worked until 1967. Subsequently, she worked at the Catherine Booth Hospital in Montreal for about four years and then at the Montreal Neurological Hospital in 1971 until her retirement in 1991. However, this experience in New York set in motion a desire to fulfill a calling albeit seemingly different than her profession.

In Montreal, Mary Lee attended and became an integral member of the Westmount Seventh-day Adventist Church, and despite the church’s move to several locations during its early history, Lee’s commitment and positive influence never wavered. In 1974 she worked as a church clerk, personal ministry leader and secretary. She worked in the youth department as an Adventist Youth (AY) assistant and AY sponsor under Pastor Green. Lee was involved in the Adventist Youth Association, which was formed with other young members; it was designed to inspire participation from youth in church and improve the youth’s awareness on social issues. Additionally, Lee held cooking classes for the health ministries. And finally, she was able to answer her calling as a teacher for Sabbath school.

Lee’s love for teaching, whether it is in the secular realm or in church, is based on her love for children. Although she never married or had children, she has always considered and treated every child in Westmount as her own by giving time and money to the school (presently known as Greaves Academy). She taught classes during the early period of the church school (and was a reputed task manager for proper grammar usage!), donated money toward building maintenance and student aid, and was the leader for the Home and School association.

As a long-time clerk, Lee diligently kept records of minutes and notes for board meetings. She was a stickler for order and insisted that all members, including pastors, apply Robert’s Rule of Orders in meetings. Mary Lee was quick to use knowledge and information to improve procedures in church meetings, a skill she picked up while attending a workshop in Toronto (with Whinnie Motley). Although she was very knowledgeable in all her tasks, she did make a few enemies rather than friends with her no-nonsense approach in adhering to proper decorum and conduct in meetings and church service. And yet, Lee cannot rightfully be seen as a mere caricature of moral uprightness; she can more accurately be defined by the humanitarian inroads she made in the lives of countless people.

As many individuals would testify, Mary Lee gives her heart to people in many ways and on many occasions. A young man once called CJAD, a popular English radio station in Montreal, and spoke about the success of a stop-smoking program held at the Westmount church. Another anecdote came from a young French Canadian who visited Westmount and was on the balcony of the sanctuary (where the youth Sabbath school held classes at the time). Mary Lee observed that he seemed down and was not smiling at all. After class she approached him, and he began to cry as they talked; she found out that he battled an addiction to drugs and cigarettes. Lee offered to pray with him, and today he testifies of a complete personal turnaround and the power of God that worked through a servant. This young man grew up to become the young Pastor Patrick Dupuis.

What Mary Lee loves most about the prophet Elijah is his ability to unequivocally answer the call of God. As well, the miracle of rebirth evident in the life of King David has long impressed Mary Lee and aptly describes the experience of Pastor Dupuis in his journey of trials and triumphs.

We are given a short time to touch the lives of others. Although our bodies may (and will) expire, the legacy we leave with others has a lasting effect.