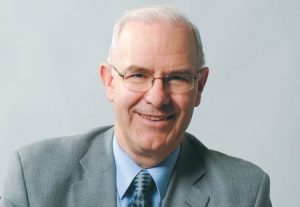 On Sunday, Sept. 23, delegates to the Alberta Conference 50th Constituency Session voted to re-elect their administrators. Reaffirmed and returned to office were Ken Wiebe, as president; Larry Hall, as secretary/vice-president, administration; and Keith Richter, as treasurer/vice-president, finance.

This year’s session, held at the College Heights Seventh-day Adventist Church, in Lacombe, Alta., held a positive tone. The day began with a motivating message by Dan Jackson, president of the North American Division. A strong emphasis on prayer was the continuous thread of the day.

Virgil Covel, the prayer coordinator of the Alberta Conference, along with a prayer team, met together to pray for God’s leading. Also, the session provided several opportunities for the delegates to pause and pray as they considered motions on the floor.

After being re-elected, Wiebe addressed the delegates and said, “We have only one reason to be here and that is to glorify our heavenly Father, and we look forward to the second coming of Jesus.” He went on to say that “we must always depend upon Jesus to lead.”

Mark Johnson, president of the Seventh-day Adventist Church in Canada, ended the meeting with an appeal for all members to remember that as Seventh-day Adventists, we have the hope that Jesus is coming again. “I’m so excited that Jesus views people the way He does,” he said. He concluded with a line from the well-known hymn “We Are Nearing Home”: “Just over the mountains in the promised land lies a Holy City built by God’s own hand.”