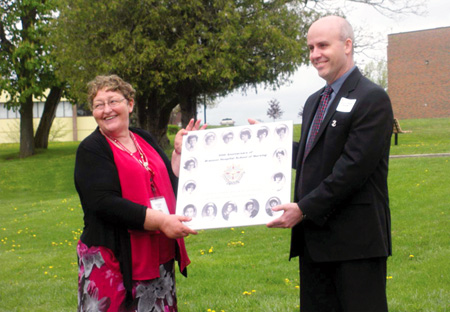 Yes, it has been 50 years since the first nurses graduated from Branson Hospital School of Nursing.

Throughout the 14 years that Branson Hospital School of Nursing existed, 269 students passed through its doors. The first graduations were held in February and September 1963 because of the two enrollments in 1960. There also were two groups to graduate in 1974, the last year the school existed, a three-year group and a two-year group.

In the early 1970s the Government of Ontario (along with many other provinces and states) decided to phase out three-year hospital diploma programs in favour of a two-year associate degree in a community college or a four-year bachelor’s degree in a university.

For the reunion held at Kingsway College, 120 nursing graduates attended, with each class being represented, plus four staff members. What a joyful reunion! Grads returned from as far away as Australia and from right across Canada and the United States. Meeting classmates and friends from more than 30, 40 or 50 years ago made for a very inspiring time.

Through the years since the school closed, 16 of the graduates have died. To honour them, the nurses erected a lamp post near the gazebo where the old Kingsway College ad building used to stand. A plaque was placed at the base of the lamp post, reading, “In memory of those who cared, served and inspired with loving hearts and hands.” A composite of pictures of these nurses will hang in the present Kingsway College ad building.

Along with enjoying the festivities provided by the Kingsway College alumni association, the nurses had special time together on their own. Branson graduates presented the College Park Sabbath School, which included testimonies by several grads about how both Kingsway and Branson directed their life paths. Sabbath afternoon a large room was buzzing with conversation, laughter, looking at old yearbooks and picture taking as nurses reminisced of times gone by and discussion of what each person has done in the years since graduation.

Again on Sunday morning, 250 nurses, together with spouses and friends, gathered for a brunch. The camaraderie continued from the afternoon before, with special memories being shared by Roberta and Rae Crawford, whose father, Dr. Irwin Crawford (along with several others), dreamed big for a hospital and school of nursing in Canada.

During the 14 years of operation, the school produced an articulate and dignified group of nurses who have had many varied and extensive nursing experiences of service to Canada and several other countries of the world.