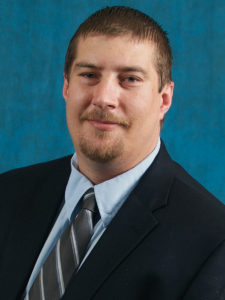 On June 9, 2016, Jeff Klam accepted the call to serve as the Vice-President for Finance (Treasurer) of the British Columbia Conference. The British Columbia Conference Board of Directors (BOD) voted to extend the invitation on Sunday, June 5. Klam will replace Michael Wixwat, who served the BC Conference for over 10 years before accepting a call to serve as treasurer for the Middle East and North Africa Union, based in Beirut, Lebanon.

“After a careful and prayerful selection process, the BC Conference Search Committee interviewed Jeff Klam personally and was impressed by his positive and willing spirit of service, as well as his experience of over 10 years in Treasury. This resulted in a unanimous recommendation to the BOD to extend an offer. We warmly welcome Jeff as our new treasurer,” says Dr. Wesley Torres, president of the BC Conference. Dr. Ern Brake, VP for Administration (Executive Secretary), adds, “We are looking forward to having Jeff in our team as we together support our churches and schools to fulfill God’s commission in our territory.” Elder Mark Johnson, president of the Seventh-day Adventist Church in Canada (SDACC) affirms, “I am certain that Jeff will bring his considerable talents and energy to this position and will be an effective treasurer for the British Columbia Conference.”

Born in Canada, Jeff moved with his family to the United States when he was in grade school. He carries the “Treasury DNA”in his blood, as his father, Norman Klam, served as treasurer of several conferences and unions within the North American Division, including the SDACC. Jeff earned a bachelor’s degree in business administration with a concentration in management from Walla Walla College, now University. He continued his studies at Andrews University and earned a Master of Business Administration degree. Following that, he worked for a short time as a business intern/assistant manager of the Sacramento Adventist Book Center (Pacific Press Publishing Association) before starting at the Northern California Conference (NCC).

Klam served as the assistant treasurer of the NCC from October 2006 until January 2014, when he was invited to serve as associate treasurer and director of Risk Management, helping schools and churches with loss prevention programs and other safety protocols. He is well-versed in technology and has demonstrated practical abilities in dealing with church finances. Jeff expressed his happiness and desire to be back in Canada and is “excited about the new adventures, challenges and blessings that are waiting in British Columbia.”

Jeff is married to Telma, with whom he has two young children, Joshua and Gianna. In his spare time, he enjoys playing guitar and golfing, along with being a big hockey fan. Jeff and his family are expected to arrive in time for campmeeting in July.