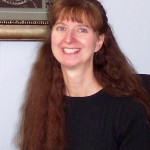 Suzette (Stanley) York, principal of Memphis Junior Academy in Memphis, Tenn., was found dead in a classroom of the school she led yesterday morning. A grade 11 student has been charged with her killing.

Suzette will be fondly remembered by many in Canada because she and her husband, Les, were teachers in Adventist schools in both the Maritimes and British Columbia before going to Tennessee in 1996. Many here have turned to Facebook to offer tributes and condolences.

“[She was] one of the most caring teachers I ever had. I think all of my teachers at Sandy Lake cared to some extent where my life would lead, but Suzette would have easily been in the top two of those that you could really feel her concern,” wrote a former student.

“She was a beautiful person inside and out,” wrote another. Some posted simply, “RIP, Ms. Stanley” and “A fantastic teacher who will be deeply missed.”

At the school where she worked and died, a prayer vigil was held during which her more recent students echoed those sentiments: “She was the most gentle person you would ever meet,” and “she was always smiling…always.”

Steve Haley, president of the conference that operates Memphis Junior Academy, issued the following statement: “This is a very sad day for all of us in this community, and particularly for the Seventh-day Adventist family. We are shocked and saddened over the tragedy that has befallen Suzette York. She was not only an administrator, but also a colleague, a friend and a fellow believer. Our prayers are lifted on behalf of her husband as well as the staff and students at Memphis Junior Academy. We are also praying for all those impacted by this tragedy.”