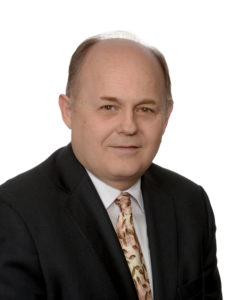 On August 21, 2016, the delegates and delegates of large attending the quinquennial session of the Seventh-day Adventist Church in Canada (SDACC) re-elected Daniel Stojanovic as Executive Secretary and Vice President for Administration of the SDACC.

Daniel Stojanovic has an extensive background in church administration. For three years, he served as the President and Communications Director of the Quebec Conference. For seven years, he served as the Director of the Sabbath School Department of the Northern France Conference. Since December 2010, Daniel Stojanovic has served as the VP for Administration of the SDACC. He will once again serve the SDACC in the same capacity for the next 5-year term.

“It is an honour to be reappointed by the delegates to take care of the work of administration.” Stojanovic continued, “I feel that this overwhelming task is beyond my capacity. This is why I need the inspiration of the Holy Spirit, as well as the support of our leadership across Canada to fulfill my ministry for the glory of God.

Thank you for your prayers and may the power of God make the difference for His church in this beautiful country.”

The 18th quinquennial session of the SDACC is held at the College Heights Church on the campus of Burman University in Lacombe Alberta from August 19, 2016 to August 21, 2016. The purpose of the session is to receive reports from various entities of the SDACC and to elect officers, directors, associate/assistant directors, and board members. Delegates and delegates at large attend the session – each respectively representing a local conference, SDACC committees, the North-American Division (NAD), and the Church.