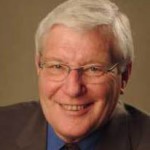 Norman W. Klam, former treasurer of the Seventh-day Adventist Church in Canada  (SDACC) and Alberta conference, has succumbed to serious injuries he sustained in a car crash on Monday, December 26, 2011.  According to OregonLive.com, after crossing the center line of Highway 502 near Battle Ground, Wash. and hitting the car of 19-year-old Mary E. Wisniewski, the van Klam was driving rolled onto its side and came to rest in the westbound lanes. Thankfully Wisniewski was unharmed, but firefighters had to break Klam’s windshield with an axe to get him out of his vehicle and he was taken to PeaceHealth Southwest Medical Center with neck and back injuries. His condition was downgraded to critical on Wednesday morning, and tragically he passed away on Sunday evening, January 1, surrounded by his family.

Klam was born in Outlook, Saskatchewan. After graduating from Walla Walla College, he went to work as an assistant auditor for the SDACC in 1971, then, in 1976, he became the treasurer for the Alberta Conference, and in 1981 he came back the SDACC where he also worked as treasurer. Klam moved to the United States in 1986 where he joined the Oregon conference as treasurer. In 1992 he moved to the Lake Union Conference where he worked as treasurer for 10 years, and then from 2002 to 2008 he was treasurer of the North Pacific Union conference. Klam served on various health system and university boards during his career. He helped to develop Beyond the Bottom Line, a training seminar for church financial leaders.

Norman W. Klam is survived by his wife, Marlene; daughter, Cheri Oellrich, a physician, of Vancouver, B.C.; son, Jeffrey, an assistant treasurer for the Northern California Conference; and several grandchildren. A memorial service is planned for Saturday, January 14 at the Meadow Glade church in Battle Ground, Wash.