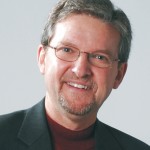 Mark Johnson, president of the Seventh-day Adventist Church in Canada states “Gordon has served with energy and enthusiasm in every assignment he has taken on, and British Columbia has been no exception. His absence will be felt in Canada. We wish Gordon and Marie heaven’s richest blessing as they move into this new phase of their ministry.”

Those who work with Gordon will miss him and his enthusiasm for fulfilling the gospel commission. Under his leadership, British Columbia has become one of the fastest growing conferences in North America.

–Reprinted with permission from BC Alive newsletter.