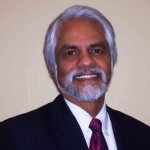 At a meeting of the Board of Directors on Sunday, November 14, Daniel Latchman was elected president of the Quebec conference of the Seventh-day Adventist Church.

Latchman began his service for the church on the islands or Réunion and Mauritius in the Indian Ocean where he worked for many years as a teacher, pastor and administrator. He came to Canada from the presidency of the Réunion conference in 1998, serving as Youth and Family Life director in the Quebec conference until 2005 when was called to the presidency of the Mauritius conference. After serving his term, Latchman returned to Quebec and served the churches and companies in and around Quebec City.

Speaking of Latchman’s election, SDACC President Mark Johnson remarked that “Pastor Latchman is a man who loves God and loves His people. His ministry has blessed the Quebec conference in the past. I am confident that as president he will be a tremendous asset to the field.”

Latchman will take over as president of the Quebec conference on December 1, 2010, when the current president, Dragan Stojanovic, takes over as vice-president of Administration at the Seventh-day Adventist Church in Canada in Oshawa, Ont.