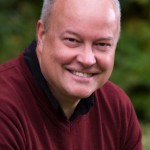 Ron Nelson and his wife, Sandra, have been happily married for more than 36 years. Their family includes three children: Jana, Holly and Brody, and now six grandchildren.  He has served the church in Canada for 24 years, beginning as a literature evangelist in British Columbia and the Yukon.  Later, after graduating from CUC, Nelson served as a pastor for the Alberta and British Columbia conferences spanning 18 years, including a 3 year assignment in the treasury department of the British Columbia conference while pastoring the Abbotsford church.  Most recently, Nelson has served as a pastor and ministerial director for the Maritime Conference where he has conducted leadership seminars throughout the field.

Nelson believes strongly in public and creative outreach evangelism and enjoys being the speaker for evangelistic “reaping” series as often as possible.  Ron has even been in our conference on two previous occasions: speaking at the William Nepjuk Memorial hockey tournament near Yorkton and being the speaker for a youth rally weekend in Saskatoon!

Nelson cites creative communication as his leading gift and he enjoys preaching, writing and using music to assist in sharing the gospel.  The Nelsons have fostered and enjoyed a warm and close knit atmosphere at home with their family.  Playing guitar, writing music and singing are his favourite personal pastimes that he uses to maintain a balance in life amid the pressures of ministry.

Originally from British Columbia, Ron is a graduate of Canadian University College having earned a Bachelor of Arts Degree, graduating in 1990.