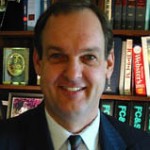 Warren Lynn Walilkonis, a former treasurer of the Manitoba-Saskatchewan conference and Canadian representative for Adventist Risk Management (ARM), passed away unexpectedly in his sleep on December 21, 2011, at the age of 54. Walikonis was originally from Plentywood, Mont., where his family owned a farm. After graduating from Andrews University and working for the Seventh-day Adventist Church in Canada (SDACC) in the Man-Sask conference, Walikonis spent 21 years working for ARM. He started out as the manager of the ARM field office in Oshawa, then became the manager of the field office in Berrien Springs, Mich., where he continued to serve Canada and the Lake Union conferences. In 1997, Walikonis and his family relocated to Riverside, Calif., where he served a portion of the Pacific Union conferences in addition to all of Canada. Most recently, he held the position of Senior Field Services Representative for ARM.