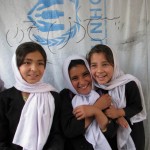 Lakeview Christian School (LCS) and the Victoria and Rest Haven Adventist churches came together towards a goal to build one classroom in Afghanistan and raised $11,700 – enough for two instead!

The Victoria Seventh-day Adventist Church (through their ADRA Committee and music department) partnered with the Rest Haven Seventh-day Adventist Church music department to put on a fundraising concert on February 12, 2011, that raised $8,700, with donations trickling in to bring the total to $9,000. LCS raised $2,700, for a combined total of $11,700 – enough to build two classrooms.

The event included a concert, silent auction, door prizes and a bake sale. The goal was to raise the funds necessary to build a classroom for girls in Afghanistan as part of ADRA Canada’s 100 Classroom Project.

The 100 Classroom Project began in the summer of 2009, when Azalea Lehnd 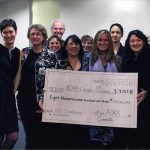 orff, then a student at Canadian University College, was inspired to bring education to the girls of Afghanistan, who, for so long, were not permitted to attend school. Since then, A Better World and ADRA Canada have partnered to make this goal a reality.

Since May 2010 more than $150,000 has been raised across Canada. There are 39 schools across Canada taking part in this effort, including an entire Catholic school district of 29 schools in Regina, that have come together to plan a joint walk/run event called Moving in Faith.

The students will continue their efforts although they have surpassed their goal. On May 1, Holli Rockerbie (librarian at LCS) and 11 others, including Agnes Oosterhof, a teacher at LCS, will walk the 10 kilometres for the Times Colonist 10k (TC10k) on May 1, 2011, to promote the 100 Classroom Project through their connection with Freedom Run 5000. Joy Vandenboer (also a teacher at LCS) will organize and prepare her students to run 1.5 kilometres at the May 1st event.

LCS Grades 1-4 are also collecting money for Pennies for Peace, which will provide pencils for the students at schools in Afghanistan, and have already raised over $75.

In June 2011, the first two school, a total of 16 classrooms, will be completed in Northern Afghanistan. Thousands of Afghan students’ lives will be improved through these efforts.