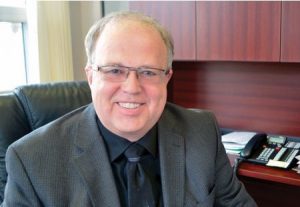 Early on in my Christian experience, I enjoyed studying the Bible, but my motivation was to let other people know where they were wrong, which meant that I, of course, was right. I remember feeling the joy of victory after studying with John on a topic of utmost importance to his faith. I rejoiced when I was able to clearly show him that he was wrong.  John was surprised to know that people outside of his faith group studied the Bible as much or even more than his denomination claimed to. Within days, he stopped any kind of praying, fellowship, or religious thinking. He felt betrayed and tricked by his lifelong friends and religious leaders and began to wonder what else he had “fallen” for. John was terminally ill, and I destroyed his faith. I failed him and my God. Within weeks, John died. He never recovered from the spiritual axe I threw at his Christian experience.

But I was able to show that I was a spiritual know-it-all, so I won, right? This was a clear failure on my part. I am ashamed of how I represented Christ in that situation, but I have since taken it as a learning experience. Nothing but the grace of God can remove that from the guilt bank that I keep tucked in my brain. Thankfully, God does not remember it, except for the times that I keep bringing it up to Him. How many of us remind God, too often, of the sins that He has already cast into the depth of the sea?

I have found that every praying person has always learned something that could enhance my own spiritual life. I have also learned that it is OK for God, not me, to tell someone that it is time to move away from their mistaken beliefs. I have taken my experience with John and used it to connect with and strengthen others.

Now I read the Bible for my own edification, and I continue to find more and more powerful and inspiring statements. Even after I have read a chapter a few times, discovering new truths makes it feel as if I am reading it for the first time. Open your Bible and read each chapter—not for points to prove an argument, but for your own understanding and enrichment.